It is often necessary to transfer objects from one system to another (files, programs, etc.) to align software (between systems in HA, for example) or to distribute it (between development, testing, and production systems). Usually, this activity is accomplished by transferring save files via FTP, but it is also possible to use the “old” ObjectConnect with the Enterprise Extender support. Let’s see how.

Enterprise Extender, available from i5/OS V5R4, is IBM’s replacement for AnyNet support. It is used to encapsulate SNA traffic over an IP link to allow APPN traffic to flow between systems over a TCP/IP network (thus avoiding the use of special SNA routers and controllers).

ObjectConnect is a set of CL commands included with the IBM i operating system (5770SS1 Option 22) for moving objects between systems easily and efficiently.

When you use an ObjectConnect command, the system moves the object directly to the target system without using save files or distribution queues. ObjectConnect provides better performance than other methods for moving objects between systems, and it does not require additional disk space to store an intermediate copy of the object that is being moved.

Up to IBM i V7R3, ObjectConnect uses SNA data communication architecture to operate (even when SNA traffic is encapsulated on an IP link).

Note. In IBM i V7R4 with PTF SI73777 (“add native TCP support to ObjectConnect CL commands”) ObjectConnect has been made compatible with TCP/IP (new *OBJC TCP/IP server) freeing it from Enterprise Extender.

To set up Enterprise Extender between two IBM i systems we just had to configure the network attributes and create a controller on each system.

Enterprise Extender will create (if not already present on the system) and use a controller QAPENDxxxx on the IBM i when it communicates with remote Enterprise Extender systems. It will also create APPC devices under this controller when the communication is established the first time. For the system to automatically create the necessary controller and devices the first time, the following system values need to be changed:

QAUTOCFG: Set value to “1” (Auto-configuring of devices is on):

QAUTOVRT: Set value to “*NOMAX” (There will not be a limit on the number of virtual devices to be created):

Note. These values can be set back to their original settings as soon as Enterprise Extender is up and running.

Display the Network Attributes (DSPNETA) of each system and gather the following information:

To change the values:

A CPC0909 message (“Network attribute &1 changed to &2 by &3/&4/&5.”) is sent for each modified network attribute. Changing these values should not require a system reboot.

Display the Network Attributes (DSPNETA) of each system and gather the following information:

View the local interfaces for each system using CFGTCP, Option 1, or WRKTCPSTS OPTION(*IFC) and select the IP addresses you wish to use for this connection.

On SystemA, create an APPC controller to SystemB:

On SystemB, create an APPC controller to SystemA:

Because the QAPENDxxxx controller will not get created until you do something to initiate an Enterprise Extender connection between the two systems, On SystemA start pass-through session to SystemB (or vice versa):

Now that the systems are connected with Enterprise Extender let’s see how to use ObjectConnect to transfer objects.

Using ObjectConnect to replicate objects between IBM i systems

By configuring Enterprise Extender on IBM i systems and using ObjectConnect, the task of transferring objects becomes much easier because it is now possible to transfer objects with a single command to run on the source system.

To transfer (save and restore) objects from SystemA to SystemB, you can use the SAVRSTOBJ command on SystemA:

Similarly, to transfer a library from SystemB to SystemA, you can use the SAVRSTLIB command on SystemB:

As always when saving and restoring, it is necessary to pay attention to the permissions of the objects and libraries involved on both systems and to the owner of the objects.

If you don’t want to have authorization problems when transferring files, you can do the following: 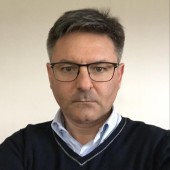